Ms. Wilson’s future plans include writing screenplays for documentaries shown on the History Channel or putting her professional writing skills to use at museum exhibits. She is extremely interested in history, especially recording the oral history of veterans. She has interviewed several veterans of the Vietnam War, Korean War, and World War II. Ms. Wilson finds their stories of camaraderie and their firsthand experiences interesting and exciting. Her interest in war derives from her grandfather, who was a SeaBee in the Navy. The SeaBees are the construction unit of the US Navy. Her cousin is also a veteran of the Vietnam War. Ms. Wilson is planning to submit her interviews to the Veterans History Project at the Library of Congress.

Ms. Wilson would like to work for three years before beginning graduate school for a master’s degree in History. She enjoys researching topics in history. After conducting extensive research for the Papercheck Scholarship, she applied the 13 virtues of Benjamin Franklin to both John McCain and Barack Obama. Ms. Wilson feels that Senator McCain more closely represents those 13 virtues that Franklin exhibited.

Ms. Wilson is an avid horseback rider and would like to move to Kentucky soon after graduation. She would like to own a ranch where she would be able to keep a horse and still be close enough to a city to work as a professional writer.

Papercheck would like to thank all of those who submitted essays to our Papercheck Semi-annual Scholarship Award. We received over 160 submissions. All applicants should be proud of their academic accomplishments and achievements. Thank you for sharing your goals and dreams with us. Please come back and visit Papercheck in the future. 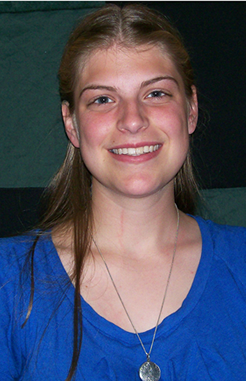