John Stanko will be starting his junior year of undergraduate study at Texas Tech University, located 350 miles west of Dallas in Lubbock, Texas. He is majoring in political science and minoring in Russian. Other than being on the President’s List by maintaining a perfect 4.0 cumulative grade point average, John also stays actively involved on campus. He is a member of Pi Sigma Alpha, the National Political Science Honor Society, and on the Transfer Council within the Student Government Association. John was also the 2011 Presidential Transfer Scholarship Recipient.

John is originally from New Jersey, where he attended Salem Community College for his associate’s degree in history and political science. There he also had an outstanding academic performance that put him on the International Honor Society, the Dean’s List, the All-New Jersey Academic Team, and the Director of Athletics’ Academic Honor Roll. He was the President’s Citation Recipient for two consecutive years and received the Superior Academic Achievement Award from the National Junior College Athletic Association. Academics aside, he was the vice-president of fellowship at the Alpha Pi Omega Chapter of Phi Theta Kappa, a student representative on the Academic Standards and Appeals Committee, the unofficial recording secretary at the Student Government Association, and a member of the men’s soccer team.

Notwithstanding his exceptional academic and extracurricular achievements in his college career, John finds the most pleasure in his volunteer work. He founded the Homeschoolers Association at Texas Tech. He was, himself, homeschooled by his parents for ten years and thought an organization that helps homeschoolers transition to college life was needed on campus. HSA provides mentoring, study groups, recruitment for prospective homeschoolers, diversity training, and a great outlet for students to meet. In the past, John has also volunteered his time serving at the Mickey Bowman Food Pantry, student assisting at both the Osher Lifelong Learning Institute and Salem Community College.

After graduating from Texas Tech, John would like to continue with a career in the political science field. He has always been interested in political science, particularly the fields of foreign policy and international relations. “I personally find that the most intriguing aspect of political science is the variety of ways of governing that can be successful,” John said. “The field provides a never-ending opportunity for learning.” He hopes to use that, along with his love of Russian, in a government foreign service or intelligence agency job after attending graduate school.

Papercheck would like to thank all of those who submitted essays to our Papercheck Semi-annual Scholarship Award. We received 200 submissions. All applicants should be proud of their academic accomplishments and achievements. Thank you for sharing your goals and dreams with us. Please come back, and visit Papercheck in the future. 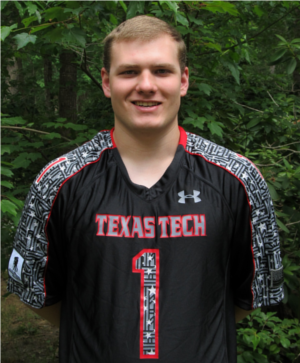 John Stanko, winner of the Charles Shafaé Scholarship
Please email us your questions to scholarships@papercheck.com
LOG-IN REGISTER
This person edited the format and made it look so much better. Thank you!
-Mark